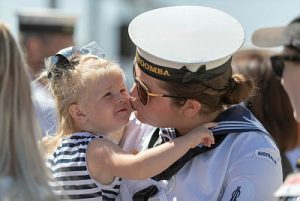 Our Steering Committee have been instrumental in advising the research team, keeping us informed, relevant, on time, encouraged and supported with their wealth of knowledge. They have helped author, edit and inform all of our resources and their support has made an enormous difference. We salute them!

“Never doubt that a small group of thoughtful, committed citizens can change the world. Indeed, it is the only thing that ever has.”  Margaret Mead

Alison is an early childhood educator (B Education EC from UNE) with 28 years of experience in various roles in early childhood. She is part of a defence family and faced the many challenges during relocations with young children and enjoyed the rewards of being part of a supportive community. She is has a keen interest both professionally and personally to be part of this project as a volunteer.

Denisa is currently raising young children within a defence family so fully understands the challenges and rewards the military lifestyle brings. She is passionate about supporting young children and families from the defence community.

Grant is a representative of the Armidale Legacy Club of Australia. He has supported veteran families for many years and was the Branch Manager in Armidale, NSW for a number of years.

Tegan is the 4G Family Support Team Leader for NSW Legacy Club Services. Tegan works to support the families of veterans who have passed away or who suffer from ongoing debilitating mental health issues. Tegan’s background is counselling and child protection and she has a keen interest in supporting families and keeping them safe.

Frances has many years of experience as a researcher and lecturer in the field of psychology. She is currently at the University of Newcastle and has been researching in the field of dyslexia and the effects of alcohol and minor tranquilisers and dual tasks on cognitive processing.

Margaret is a Professor in Early Childhood Education and Care and has worked in the areas of family support and disabilities for many years. She researches in the areas of professionalism in early childhood and higher education, families, disabilities, social justice and families from CaLD backgrounds. She is an Honorary Professor at Macquarie University.

As a father of young children, our active service member has much to contribute. He has just returned from deployment and is keen to support us to develop resources and conduct research to support defence children. He was previously a high school teacher and studied education at UNE.

Gail is a registered nurse, a lecturer in health at UNE, and a founding member of the Partners of Veterans Association of Australia Inc. She has a degree in psychology and her PhD explored the psychosocial well- being of partners of Australian combat veterans. Gail founded The Australian Families of the Military Research Foundation (AFOM) and received an Order of Australia Medal in 2011 for her work with past and present Military families. Gail is married to a Vietnam veteran.

Nikki Jamieson is a suicidologist and social worker, who has dedicated her life to suicide prevention since losing her son Daniel to suicide in 2014 whilst he was serving in the Australian Defence Force. Since then, Nikki’s primary focus has been suicide prevention with a particular focus on the Australian Defence Force. Nikki has a Masters in Suicidology, and is currently leading innovative and comprehensive Ph.D research (at UNE), exploring the concept of moral injury with former defence force members with the University of New England. Nikki has delivered presentations and workshops nationally, and has published on moral injury and has developed a conceptual analysis on moral injury (in press). Nikki also works strategically on early intervention and suicide prevention in Queensland and is actively involved in suicide prevention networks with memberships across multiple national and international organisations including International Society for Traumatic Stress Studies, Suicide Prevention Australia and Beyondblue. She is also President of the Redlands Coast Suicide Prevention Network. 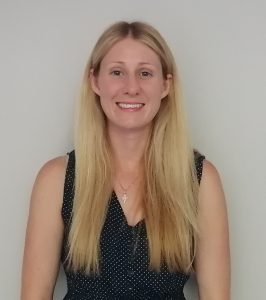 Emily is a qualified early childhood teacher (UNE) with more than 15 years of experience, specialising in inclusion programs for children of military families. She is passionate about encouraging all early childhood services to respectfully acknowledge and develop an understanding of the challenges military families and children face, with a focus on embedding age-appropriate, sustainable programs. Coming from a military family herself, Emily has genuine insight into the issues these children face. She currently runs a consulting company Small Hands Early Learning. Prior to this, she has worked as a director, an international consultant and, most recently, an inclusion professional for the NSW/ACT Inclusion Agency in a role where she supported many military families.​ Emily has also independently founded education projects, both in Australia and internationally.

Marlize grew up in South Africa in a Military Family and joined the Army after graduating from High School. She was appointed as an officer at the end of that year and was part of the Army Engineer Corps (Field Engineers). Her husband was also in the military and they have teenage children now. Marlize studied Business at the Military Academy (a satellite faculty of the University of Stellenbosch), and she has a Masters of Communication degree Human Resources (Organisational Psychology). One of the subjects that she studied since second-year pre-grad was Military Psychology. Marlize has been in Australia since 2009 and works as a primary school Chaplain supporting many defence families.

Jeni is an early childhood educator working at a community preschool who is also studying her Masters of Education through Newcastle University. Her studies involve exploring policies and procedures in early childhood education and care. She currently supports children whose parents work away in the mines. Jeni’s partner has just joined the Navy and they have two young children who attend school with other children from defence families.

Jo is an Army Veteran who medically retired due to Post Traumatic Stress. Jo has three adult children, so offers the committee invaluable insight into veteran families, and those who have given their health in service. Jo assists a number of organisations that support veterans. 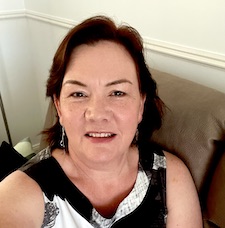 Jill is an Associate Professor in STEM Education at the University of New England In Armidale, Australia. She is a former primary teacher, with a keen interest in teaching approaches that enhance student motivation and cognitive engagement in both mathematics and broader integrated STEM contexts. As a military daughter, grand-daughter, sister, niece, sister-in-law, wife and mother, I have had very close personal experience with resources and organisations that support defence families.

Please meet some more of our team:

Please click on the icon to see our Tweets @ DefenceEC